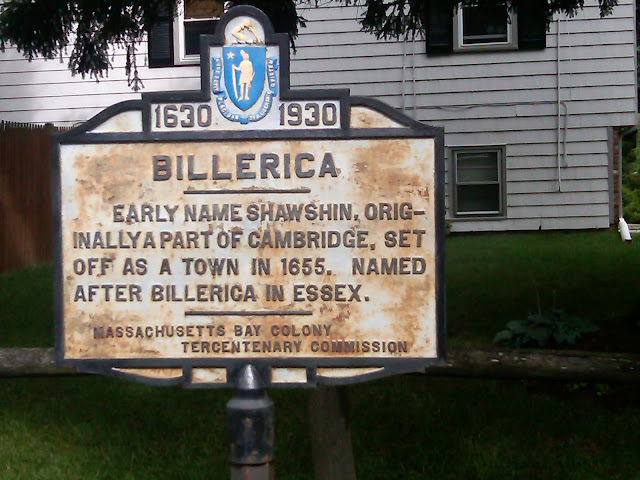 The War in Vietnam (Conflict as they called it every night on the news. Sure looked like we were fighting a war to me.) As a child, every nightly news show was filled with stories and video from Vietnam. I can remember that several of my own cousins were serving their time in Vietnam. After watching the horrors of war every night on TV for all of those years, the last place I ever want to be was in the military. I was scared to death of war, as I grew up.

But there I was standing outside the door of the recruiting station in Western Hills. I seem to recall being very nervous about pulling on that door. As I finally stepped in, I remember seeing that all  of the recruiters had signs outside their doors. I saw the Marines, The Navy, The Air Force and there at the end of the hall was the Army recruiter office. I had already spoken to several of the recruiters on the phone over the last few months and I knew what each had to offer.

The Army recruiter was who I was there to see. I knew that I could take a test and then they would send me to a school I qualified for. They would even guarantee my first duty station. A little stability in the chaos that I was looking at.

I took the ASVAB test as it was called and the list was a good one. Down the list a bit was the job called "Military Police". My thoughts immediately turned to Officer Sweeney, who I mention a few posts ago. I recall laughing and telling the recruiter that there was an error on the results and he told me that I was qualified and that it was not an error.

I drove away a few minutes later, still chuckling to myself about the thought of being a police officer. A career I had never even considered.

If you are like me and want to learn more about tracking down those Irish roots, then you need to checkout Geneabloggers Radio. Episode 59, "Tracing Your Irish Roots" which airs tonight at 9pm
Eastern time.

This should be a really great show tonight (Actually, they all are). But tonight will be special for us Irish folk. The show is on at 9pm tonight and you can find out more on the Geneabloggers Website or through this really tiny url (pun intended): http://tinyurl.com/828cz9p

So finish off the Corned Beef and Cabbage early tonight and catch the show! You will be glad you did!


In February 1978, the economy in good old Cincy was as bad as it could be. I had graduated  from Oak Hills High School on Ebenezer Rd in Bridgetown in 1977 and times were tough. Gas prices were through the roof at about $1.10, up from $.62 a gallon just a year before. (imagine only paying $1.10, as the prices here climb beyond $3.70 a gallon as I write this)

Oh, and I had just quit my job. I worked in an auto parts warehouse in the Over-The-Rhine section of Cincinnati, right around the corner from an old Cincinnati brewery. I worked for Ray, the manager and Joanne the book-keeper. I liked working there, but anyone who has worked in the auto parts business knows that advancement is very difficult.

February 1978 was a tough time for me. I was 18 years old, no job, a very unsure future and very real understanding of who I was. I was also broke. Not just a little broke, a lot broke. Actually completely broke.

Also, due to some youthful exuberance, I was also somewhat well know to the local Green Township Police, especially Officer Sweeney, who patrolled the area of the township I grew up in. I wasn't a criminal by any stretch, but I seemed to always draw the attention of Officer Sweeney. Maybe he recognized the potential I had... whatever that means.

After trying to figure out where I was headed in this life, I got a phone call one evening from the US Army recruiter. Talk about timing. I had received twenty or so calls since graduating high school. My Dad had been in the Marines, so this was such a long shot and I had been thinking about the military for quite sometime.

Check back next week for more on February 1978!
Posted by Unknown at 6:00 AM No comments:

The Times They are a Changin'

Really, they are! Last night we changed the clocks here in the USA! Did you "Spring Forward" at 2am? If not you are probably going to be late. I love this time of year, even though we lose an hour, we gain an hour of evening daylight.

Sort of the signal of the beginning of spring to me. How about you?
Posted by Unknown at 6:24 AM No comments:

Here is the link to view the sessions from RootsTech 2012 held in Salt Lake City that were recorded. Not all sessions were recorded, however quite a few were. Check them out, you won't be disappointed!

Not familiar with RootsTech? Think of it as the technological version of genealogy. There is something here for everyone.

If you are reading this blog, you may be more technology inclined than you thought. Everyone has to start somewhere.

More advanced technology wise? Don't worry, there are several sessions there for you too. I usually try to watch as many of them as I can, as even the beginners level sometimes contains something I may have overlooked.

Enjoy the videos at your leisure!

Dearborn County, Indiana has a great library in Lawrenceburg, Indiana. The Lawrenceburg Public Library has an obituary index right on their Genealogy website. http://www.lpld.lib.in.us/history.htm A quick check of the last name of Cormican turns up four hits. The first two are unrelated, but two are for Mary Louise Cormican and Mrs. Hugh D Cormican. Hugh Cormican was the husband of Mary Louise Smith so the last two obituaries are probably going to be for my Great Grandmother.

The index itself has a lot of information on it that helps build my confidence:


There are also some clues above that may help me down the road, when I try to find her before she married Hugh.

Right on the Genealogy Page of the Lawrenceburg Public Library is their mailing address and the procedure to follow if you need copies ($1 per obit and a Self Addressed Stamped Envelope). An email address is provided if you have questions. So off goes the check for $3 and an SASE and we will see what we get back in the mail. The hardest part about genealogy is the waiting!

See you next Wednesday.
Posted by Unknown at 6:00 AM No comments:

Reflections of Times Past; The Blizzard of '78 and...

I am amazed at how much time has gone by. Let's zip back to the winter of 1977-1978. Now for many you will no doubt recall the blizzard of '78. Most most folks do not realize is that there were actually two major blizzards in 1978. One named "The Great Blizzard of 1978" that affected the Great Lakes and the Ohio Valley that struck January 25-27, 1978. A second blizzard struck the North East of the United States from February 5-8, 1978.

But that's not why I remember that particular winter. Well, I shouldn't say that. I lived in Cincinnati, Ohio in 1978. I grew up there in the 1960's and 1970's on the "West" side of town. Actually only a few miles West of Cincinnati and the town to this day, as far as I know is still unincorporated. Bridgetown is a traffic light and a great place for me to grow up. I really miss the old place on Biehl Ave.

We got 7 inches of snow. The temperature dropped almost thirty degrees when the storm hit and the wind gusted to 60 miles an hour. There were snow drifts like I had never seen in my life (until I moved to the North East, I should have known better!) A Great link for Blizzard of '78 information:

Next Week... More of the story!

Help Wanted! Indexers Needed for the 1940 US Census

I will be helping, will you?

Get your society involved too!

Posted by Unknown at 4:52 PM No comments: